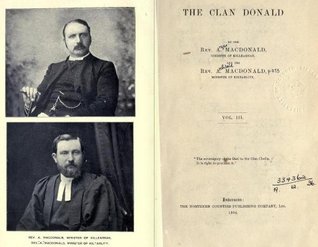 CHAPTER II.THE MACDONALDS OF SLEAT.Sir James Macdouald succeeds his father, Sir Donald.—His attitude towards the cause of King Charles I.—Supports the cause of Charles II.—The men of the Isles at Worcester.—Sir Jamess conduct under the Commonwealth.—His domestic policy.—His relations with the Government of Charles II. at the Restoration.—Receives a Crown Charter of his lands in Skye a.nd Uist.—Appointed Sheriff of the Western Isles.— Troubles in Lochaber.—Domestic difficulties.

— Sir James matriculates arms. — His death. — Sir Donald Macdonald succeeds his father, Sir James.—He supports James VII.— The Sleat men at Killiecrankie.—Their subsequent movements.—Forfeiture of the young Chief of Sleat.—Sir Donald refuses to submit to the Government of William of Orange.— Defeats the Government force sent against him to the Isle of Skye.—Sir Donald finally takes the oath of allegiance, and submits to the Government.—Death of Sir Donald.— Succeeded by his son, Domhnull a Chogaidh.

—Sir Alexanders conduct during the Rebellion of 1745.—Death and burial of Sir Alexander.— Sir James, his son, succeeds.—Educated at Eton and Oxford.— His travels on the Continent.—His reputation for learning.— His relations with his people.—His popularity.—His accident in North Uist.—His death at Rome.—Succeeded by hisbrother, Alexander.

He appears to have held aloof at first, probably more from considerations of prudence than any lack of loyalty to the cause of King Charles. He was accused, however, by the partizans of the King of not being very hearty in his support of the royal cause at any time, and it is certain, whatever his reasons may have been, that he did not appear personally in the field.

On the arrival of Alastair Macdonald with the Irish auxiliaries of the Marquis of Antrim on the West Coast in the autumn of 1644, he offered the command to Sir James, but the latter excused himself from accepting this honour on the ground, as he alleged, of the smallness of the Irish force. 1 Alastair Macdonald appears afterwards, while on one or other of his recruiting expeditions to the West Highlands and Islands, to have prevailed upon Sir James to send a contingent of his clan to join the royal forces. After the engagement at Inverlochy, Montrose marched northwards.